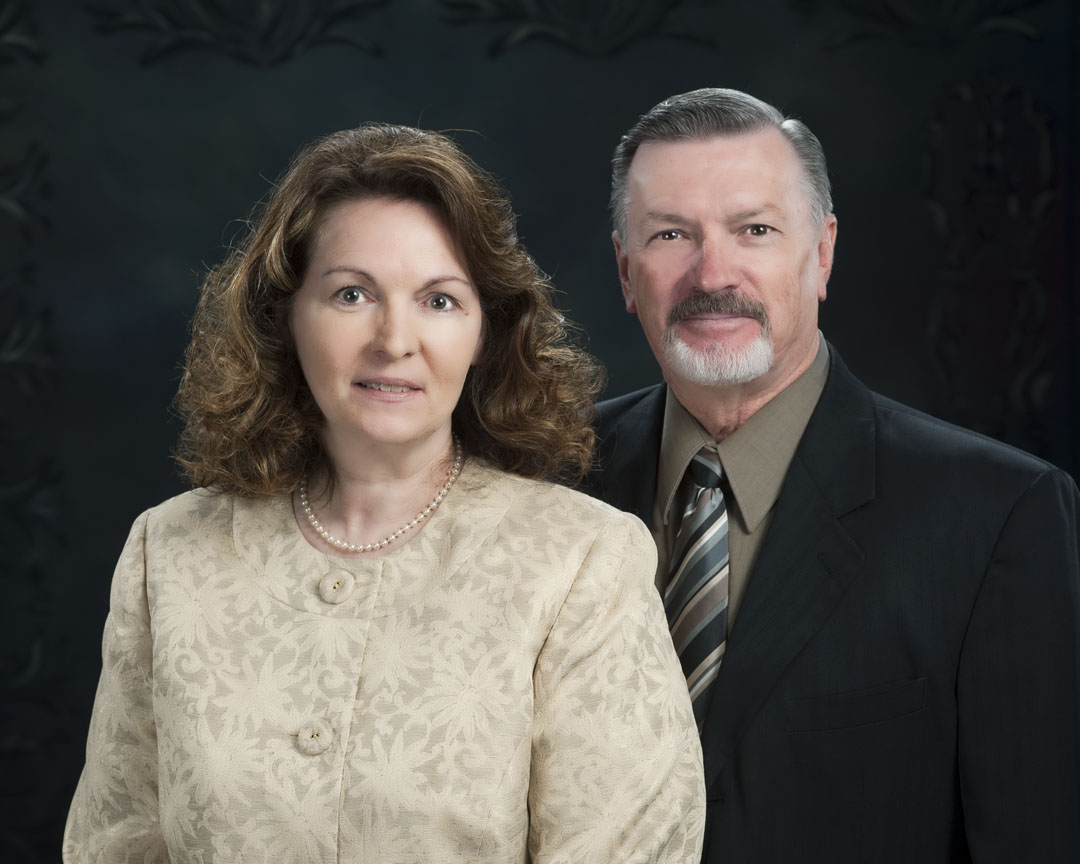 Pastor & Sister Stuart
Pastor’s Dennis and Beverly Stuart were both reared in ministers homes and were united in marriage in June of 1974. The Lord blessed their union with two children; one daughter Melody and her husband Rev. Jason Jones which are the Assistant Pastor & Youth Pastor here at Praise. They have two daughters Paris and Paisley and one son Preston.

One son, Rev Trent Stuart and wife Mary, are Associate Pastors and Worship Pastors at Pace Assembly in Pace Florida. They have three daughters: Mariah, Makaily, and Malayna. Pastor and Sister Stuart moved from Texas to Columbia Missouri and have been here at Praise Assembly since 1992.

Associate & Youth Pastor Rev.Jason & Melody Jones
Rev. Jason Jones became Youth Pastor at Praise Assembly in March of 2002, a young man devoted to God with a true compassion and a burden for young people. In December of 2002 he was united in marriage to Melody Stuart and they now have two daughters Paris and Paisley and one son Preston. They are such a blessing and asset to our church in their anointed ministry of preaching, teaching, music and singing.

Staff photos were taken by Creative Photo in Columbia, MO.